Scherer and Peery, arrived in Yokohama, Japan in 1892． 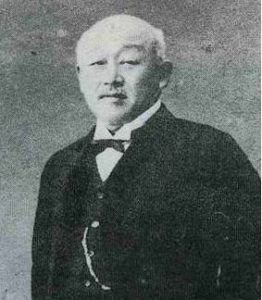 The first Catholic missionary to reach Japan was Francis Xavier of the Society of Jesus，who arrived in 1549 at Kagoshima.

Roman Catholicism flourished in the next one hundred years, increasing to 750,000 Christians. This number is nearly identical to the present number of Christians in Japan, but at a time when the population was one-fourth of what it is today.

This “Christian” century ended in the early seventeenth century with unrelenting persecution as the doors of Japan were shut to all things foreign. Even then the flame of faith was carried in the hearts of thousands of so－called “hidden Christians” for the next 200 years.

After Japan was reopened to the West in 1859, Protestant missionaries from major denominations in America, along with missionaries from the Roman Catholic and Russian Orthodox churches, arrived in quick succession. 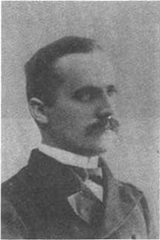 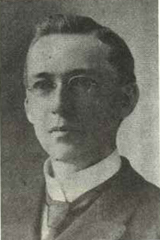 In 1898 the Japan Evangelical Lutheran Church (JELC) was organized with sixty members. With the spread of Lutheran outreach to other nearby cities, Kumamoto soon became the center of Lutheranism in Japan.

In the same year, J. M. T. Winter of Denmark stopped over in Japan on his way from America to China.

Joining C. L. Brown who arrived from Virginia at the same time, he constructed a church on land purchased in Hanabusa-koji.
The JELC was officially organized that same year. 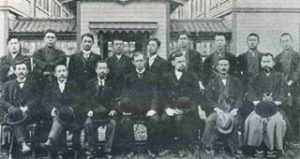 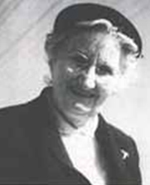 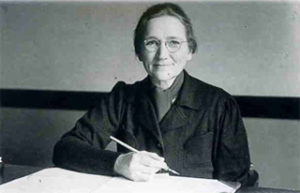 Then in 1900, the Rev. A. R. Welroos and his family and Miss Esteri Kurveinen arrived by ship from the Lutheran Evangelical Association of Finland（LEAF）to begin work in Nagasaki. But unfortunately the Welroos family had to return home because of their daughter’s death.

This left only the young sixteen-year-old Miss Esteri Kurveinen to continue the cooperation with the American Lutheran missionaries in the mission at Saga.

In 1905, with the arrival of missionaries from Finland, LEAF moved their mission to Shinshu in the northern Japan Alps, and began a new evangelism movement there.

In 1909, a full program of theological education for the training of Japanese pastors was inaugurated in Kumamoto under the name of the Lutheran Theological Seminary.

After finishing two years of preparatory courses and three years of theological courses for ministerial preparation, the first seminary class graduated in June, 1915.

In 1911, two years after the founding of the seminary, Kyushu Gakuin was established largely through the efforts of C. L. Brown, as part of a mission policy of expanding institutional facilities.

The Finnish church also held seminary training in Iida in 1913 for a brief period of time.

The 1920’s saw rapid growth on the part of the Lutheran Church as at least 15 local congregations were established in major cities like Tokyo, Kobe, and Osaka.

At this time, when both Japan and the world were being influenced by the Japan/Russia war, and later by World War I, the Church paid particular attention to the numerous issues society faced.

Extensive Lutheran education and welfare institutions were built in Kumamoto.

The sending of the first female missionaries Marta Akard and Mary Lou Bowers, in 1914, followed by the two Powlas sisters, Maude and Annie, resulted in the establishment of Ji Ai En, and the founding of Kyushu Jogakuin in 1926.

We must never forget the earnest prayer and zeal behind this dedicated women’s movement. 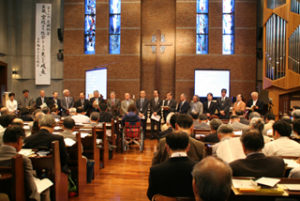 The years leading up to and during WWII were very difficult for the Lutheran Church as anti-foreign feeling grew. Many churches were closed and some Lutheran pastors were persecuted.

During this time all Christian churches were highhandedly forced by the Japanese government to merge into one legal entity called the United Church of Christ.

In 1946, after WWII ended, JELC was reestablished in Kumamoto by about 30 Kyushu area pastors.

The period immediately following the war was labeled the “Christian boom.” Christianity, along with democracy, was seen as being in vogue and stylish.

Indeed, Christianity did bring a breath of fresh air into Japan which had been devastated by war. People came to the church seeking a resting place for their weary spirits.

In the period following WWII, many Lutheran churches from overseas came to Japan to participate for the first times in Japanese evangelism.

Also at the same time, missionaries from a number of missionary societies in Norway were sent to begin evangelistic work in Kansai, Kinki, and western Japan.

One of our prayers since restructuring in 1964 was answered when permission was granted for the two churches to jointly establish and manage a theological college and seminary.

This agreement was signed in 1966 and the Japan Lutheran Theological College/Seminary became a reality at its new campus in Mitaka(1969).

JELC President S. Ustumi attended the JCM (the conference of oversea churches which supported the JELC) in Asmara, Ethiopia, in April 1967. The JCM was restructured in 1973 under JELC leadership as the LCM.

Furthermore, in 1969, the JELC established a five-year goal of self-reliance at the local congregational and central administrative levels.

This goal was reached in 1975. From that time, the JELC adopted its “Comprehensive Plan for Self-Reliance” in church-wide convention. During this period a decision was made to send JELC pastors to cooperate in ministries in the U.S.A., Brazil, and Germany

.
The JELC launched a five year celebration of its centennial anniversary (1990-1995) climaxing in the Mission Centennial Assembly at Kumamoto August 7-9, 1993.

The JELC, along with the cooperation of its partner churches, entered its second century of mission.

The JELC which was begun by Lutheran missionaries and grew under the guidance and support of overseas churches, now must wrestle with the question of how to continue living faithfully in the Lutheran tradition as we become an established church in Japan.

As we enter the second century of our mission, we are called to take the next step to foster unity among the mission community as we seek to realize the goals of the church today and to bring to fruition the goals of the Lutheran church of tomorrow. 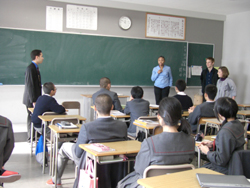 Missionaries from U.S.A and Finland are serving with us. Some missionaries dedicate their life time and others serve for 3 years as an English teacher (J-3). The love of Christ is being shared with them in worship and fellowship. The good news of Christ will expand even at the high school classroom as they teach English as second language.